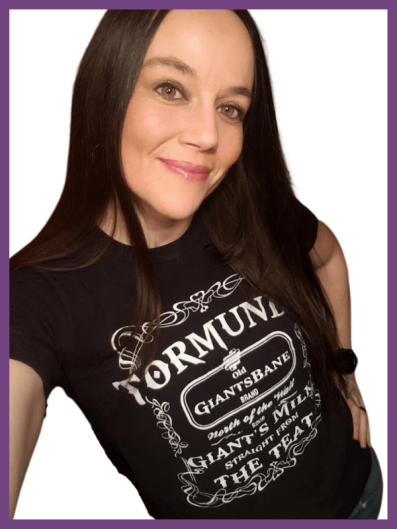 H.B. Walsh is from Southeast Michigan in the suburbs of Detroit. An 80’s baby she was inspired by the science fiction and fantasy films of that era, along with authors like C.S. Lewis, Joseph Conrad, J.R.R. Tolkien, Anne Rice, Michael Crichton and G.R.R.M.

In her career as a novelist she also writes science fiction and fantasy and hopes to publish more novels and short stories. Her first series “The Prophecy” was inspired in her early twenties and only picked up and rewritten at forty.

For fifteen years she wrote as a movie blogger for websites inlcuding “Motor City Reviews”, “Movie Mobsters”, and “Man, I Love Films” while also co-hosting the podcast “The Milfcast (aka The Man, I Love Films Podcast)”.

H.B. Walsh is a happily married, mother of three children she refers to as her “dragons.”