I concluded Dark Matter this a.m. 3 seasons with an abrupt ending. Clearly, they didn’t know the show would be canceled. It almost felt like I was watching a Fox show rather than a SyFy original. At least in this circumstance, I knew there were only 3 seasons. This has been sitting in my Netflix queue for some time. Only recently whilst under the weather did I finally turn it on and blew through it in a week. Dark Matter didn’t break any new ground in the SciFi verse, but it was a really fun ride. Even though I was prepared for it to end, it still felt very abrupt.

Six strangers wake up in a state of amnesia on a space ship and have no idea who they are. For the most part, they try to kill each other until they sit down and get with the chatty. They learn pretty quickly that most of them have checkered pasts and were more of the villain than hero. With a clean brain slate, they all decide they want to change who they are and be the good guys. Battles, fights, and complex discoveries ensue, all of the fun nature.

I Have No Memory Of Such An Attack 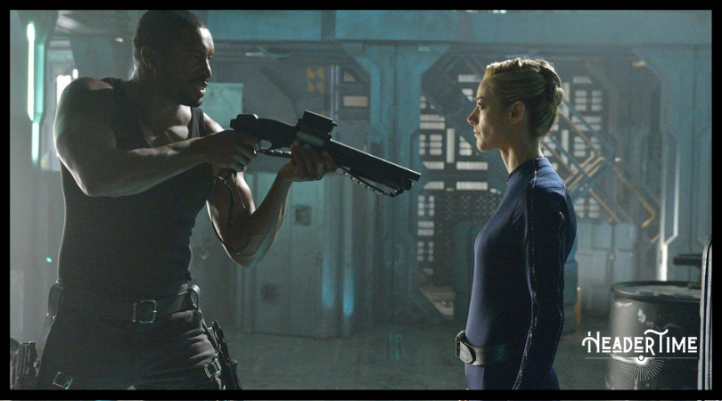 I found it to be the exact superficial SciFi I needed to play in the background this grueling week, but I do see why it didn’t have a bigger go. It’s full of problems and cliche’s, though still leaps and bounds above other shows in its genre. The premise is utilized well. The discoveries about their old identities happen gradually and the obstacles they face are mixed with a full palate of action, mystery, and corporate big bads.

The story loses it’s trajectory a bit too often, and with some of the slightly schizophrenic character evolution’s a lot happens fast and you struggle to adjust to the change. The first season was on point from start to finish. As season two develops the fun felt a bit more desperate and the show lost some of its momenta. In spite of that, it still was wicked entertaining. 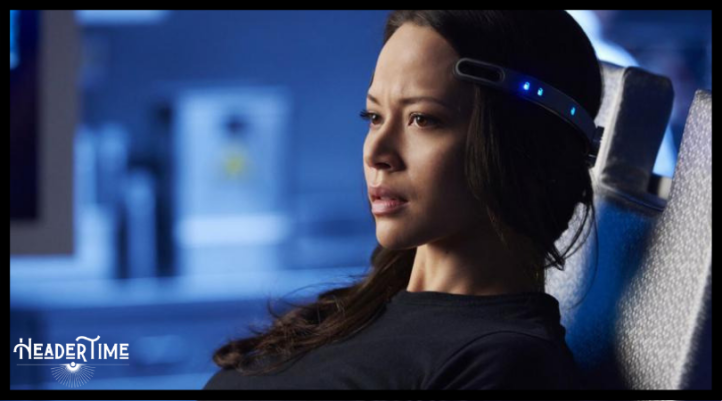 They also started abusing Science Fiction cliche plots that most shows don’t visit until their much later seasons. Dark Matter started hitting those speed bumps in season 2. The “Insane Asylum” and “Doppelgangers” and “Parallel Universe” “Accidentally Blowing up a Planet”, and even “Groundhog Day”. There was a kindness in the fact that they skipped the “musical”.

You Carved Out Their Eyes?

I don’t hate the tropes, in fact, I embrace them once a show gets to them but this one jumped the gun. The double-crossing, the stagnant character archetypes (particularly 3 – Jayne from Firefly much?), and the clone plot devices were shoved down your throat at an alarming rate making it difficult to swallow.

High points were the fight scenes, mostly with Two and Four. Three’s journey from start to finish was wonderfully fleshed out and it didn’t matter that it was predictable. Android had probably the most compelling ongoing story and Two’s backstory was a delightful little surprise. Guest stars like David Hewlett, Tori Higginson, and Ruby Rose elevated the nerd game and the effects were actually pretty solid

I’m Practicing At Being Human

I still really enjoyed it. It was a lot of fun and if you are searching for a “FUN” show with decent acting and fun space business I’d put this in the same category as a “White Collar” or “Leverage” type show. Dark Matter was just good times. In a verse where us SciFi junkies can be choosey, I’ll likely revisit this one multiple times for a nice little bit of mindless escapism.