Review: Always Be My Maybe

“Always Be My Maybe” was initially off my radar because in truth I do not like RomComs.  At all.  In general, I’d prefer to just watch Overboard on repeat for 7 days straight than sit down for one viewing of a new RomCom.  It’s the SAME story told the SAME way every single time.  The jokes usually fall into the same category of predictable and unoriginal that the rest of these stories do.  “Always Be My Maybe” doesn’t escape all the symptoms that plague most RomCom’s , but it soared above most I’ve seen in the last decade.  I even genuinely laughed out loud several times.

Old childhood sweethearts that grew up together in San Francisco go 15 years ago are reunited when Sasha Tran (Ali Wong) becomes a celebrity chef just splitting ways with her fiance (Daniel Dae Kim – good glory that man is gorgeous) and returns home to open a new restaurant.  Her old friend and brief flame Marcus Kim (Randall Park) runs into her and sparks do not fly.  In fact, there’s a little hostility, albeit curiosity on both ends. 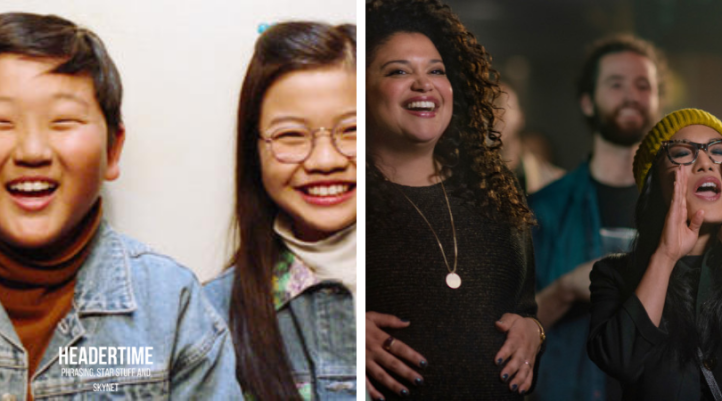 The reluctant interest in each other is familiar, but there is a level of genuineness and authenticity here missing in a lot of these stories.  The Asian-American culture and setting in San Francisco was refreshing.   For once New York, LA, and Chicago got benched and it was needed.

There’s a beautiful chemistry between Wong and Park, and the supporting roles are charming.  There’s never a moment where it feels like anyone’s ethnicity, gender, or sexual preference is being exploited which is often the case in this genre.  Diversity in people makes them interesting and in “Always Be My Maybe” you got to experience that.  I wasn’t starring at the same generic white character’s with an ethnic sidekick that every other movie in this genre seems to find necessary. 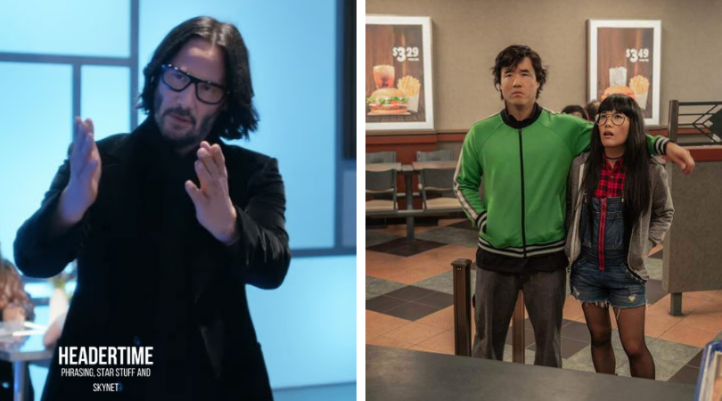 About midway through a little twist that happens that would typically derail the entire delicate process that was built up to this point, but it actually enhances it.  This little distraction goes by the name of Keanu Reeves. Without giving away his part in the plot it is hilarious.  The romance in the story is really enjoyable enough, but the comedy is where it really succeeds.

We come roundabout for the conclusion, and it’s predictable in a sense, but it’s also really quite sweet.  Instead the typical ultimate sacrifice, the “happy ending” (C’mon that’s NOT a spoiler) isn’t one sided and one grand gesture.  It was both sides sacrificing and meeting in the middle because they really loved each other. Both sides also made sincere choices to get there.  It still dabbles in the realm of fantasy, but Wong and Park make you believe it.   Moreover, it makes you laugh along the way.  I don’t recommend these often, so get it together and Netflix and chill with “Always Be My Maybe”.